You are here: Home / Main Dishes / Chili with a Kick! 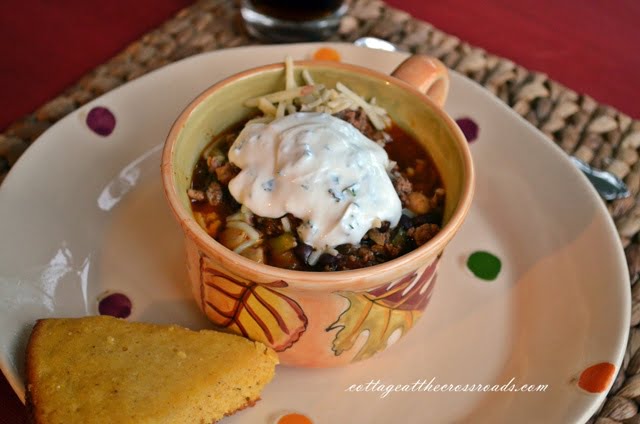 There’s nothing like a bowl of warm chili on a crisp, cool fall day, and I decided to add a little kick to my chili by spiking it up with some bourbon.  And let me tell you, it is so very good!

I found this recipe in the October 2012 issue of Country Living magazine. Brian Miske, a reader, had submitted his recipe for Bourbon Chili to the magazine, and the resulting  3 page spread really got my attention.  So yesterday I decided to try his recipe.  And all I can say is thank you, Brian. Your recipe is amazingly good!

Now I’ll have to tell you that I have never had bourbon chili (to my knowledge) in my life. I’ve tasted chili with all sorts of unusual ingredients, including chocolate. Leo and his partner on the radio participated in Chili Cook-offs for several years, almost always winning Best Presentation. But if they had just added some bourbon to their chili, they would have won 1st place!

The bourbon in this recipe gives the chili complexity and enhances the flavors of all the other ingredients. And this recipe is also a little different from most chili recipes; it has black beans and garbanzo beans rather than the ubiquitous kidney beans. 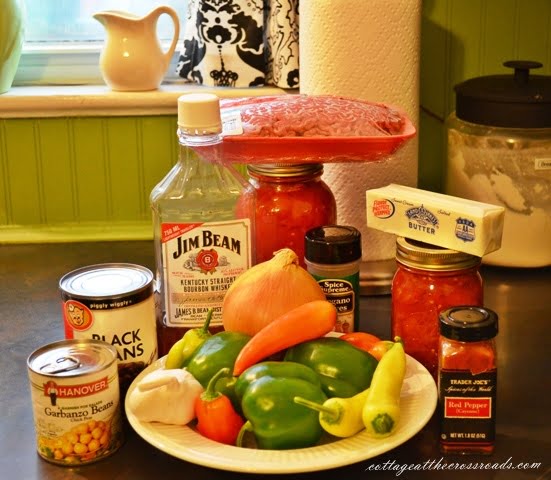 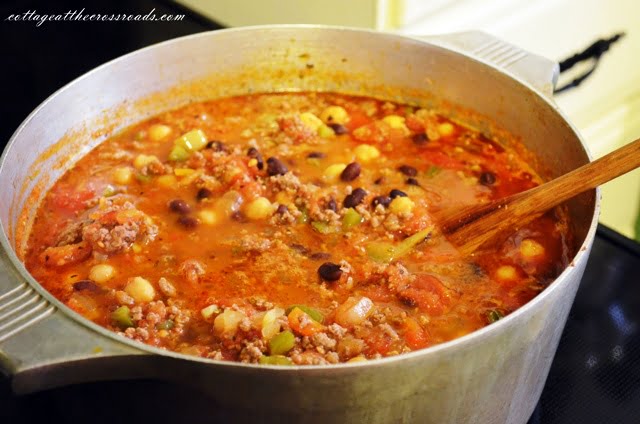 To make the chili:

Now this really is the best part (other than the bourbon!) Chop 3 leaves of fresh mint and add it to a 1/4 cup of sour cream. I just happen to have some fresh mint growing, and I have never added mint to sour cream. But I will NEVER go back to putting plain sour cream on chili now. 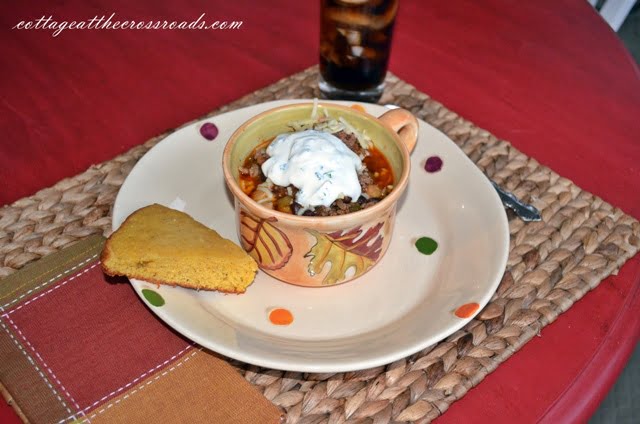 To serve: Divide the chili among bowls and garnish with about a tablespoon of shredded Cheddar or Monterrey Jack cheese. Add a generous dollop of the minted sour cream. 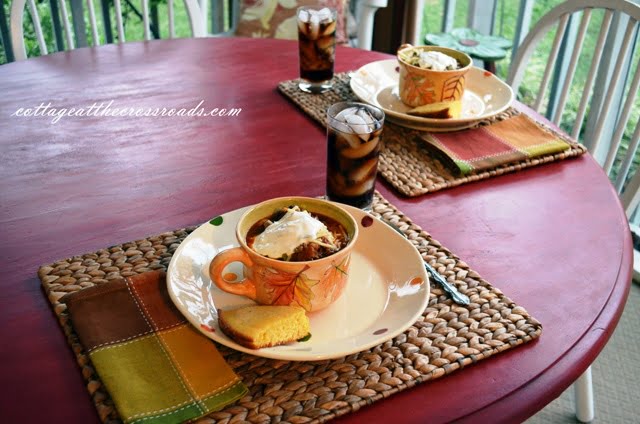 Since it was nice and cool yesterday evening, Leo and I had our chili on the front porch. I served a little cornbread alongside the chili. Leo said there was a plethora of flavors in the chili. That was a real compliment, and that’s what you’ll get if you use this recipe the next time you make chili. 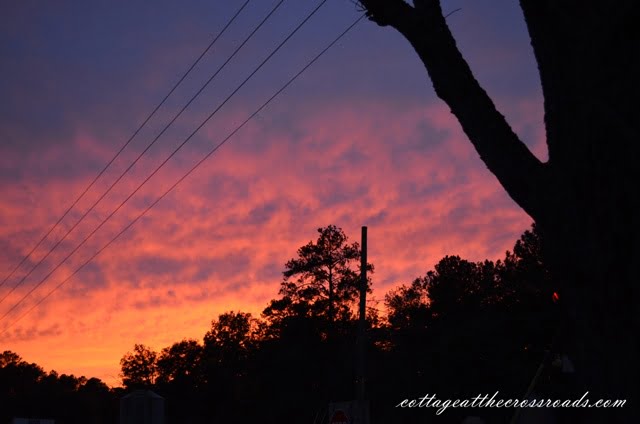 And this was our after dinner treat!
If you’d like a printable version of this recipe, click HERE.
Come join me at these parties:
On the Menu Monday@StoneGable
Metamorphosis Monday@Between Naps on the Porch
Newbie With A Twist Party@Debbiedoo’s
Wow Us Wednesday@Savvy Southern Style