So after he got the new one set up I said, “Don’t throw away that old grill! Let’s make a planter out of it.” (I had actually seen the idea of a repurposed grill in the magazine Flea Market Gardens.)

But I didn’t want a black planter. I thought we should paint it. So Leo bought some spray paint and painted it green. 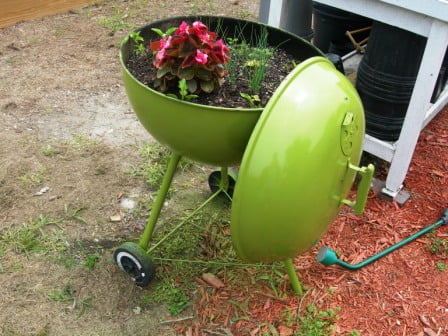 I had a few extra plants that needed planting. I put a begonia, some coleuses, basil, oregano, and chives that I grew from seed, and some Black-eyed Susan (Thunbergia alata) volunteers that were coming up along the fence from where I had planted them last year. Are you familiar with this vine? 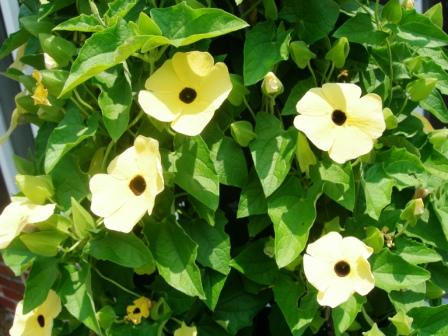 I have them growing on two trellises in planters in front of our house.

Last year I had them growing along our garden fence. They are very easy to grow from seed. They love the sun and the heat. This picture was taken last year. 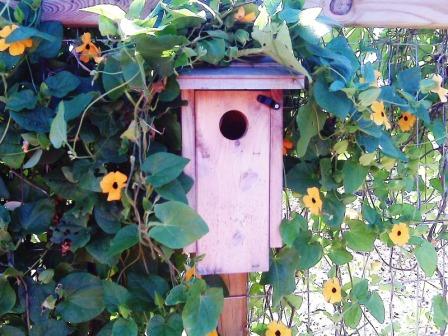 So I was very happy to see all the volunteers that were growing along the fence this year.

I put some in the planter and look at it now! 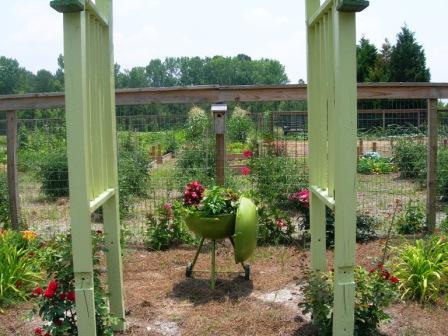 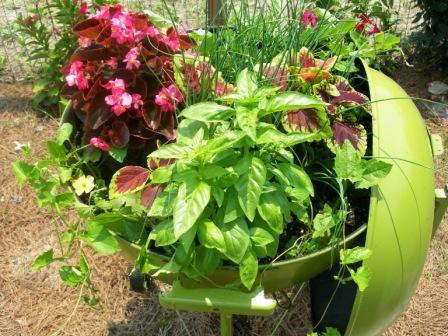 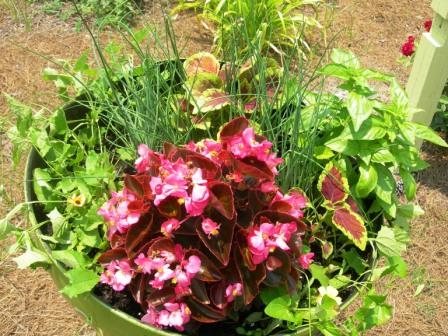 See the Black-eyed Susans? They are beginning to spill out of the planter. In a few weeks, it will look like a waterfall of flowers. 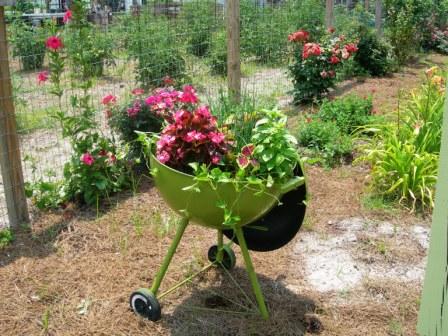 The planter is almost the same shade as our other two planters in this flower bed. 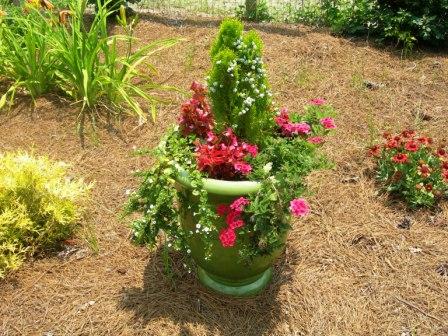 I wonder what people think when they drive by our house and they see this planter. 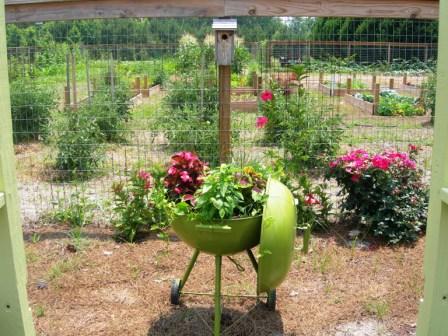 I’m linking up to: